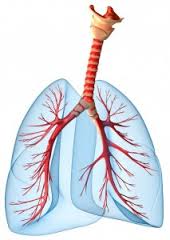 The availability of new technology, applied in original ways, has often been responsible for rapid advances in a variety of medical disciplines. This been particularly apparent in sleep medicine, in which the introduction of equipment capable of continuously monitoring oxyhemoglobin saturation and PaC02 has permitted detailed study of gas exchange during sleep in both health and disease. Indeed, the linkage of technologies for continuous measurement of gas exchange with the technology of EEG essentially created the contemporary field of sleep medicine. This review will set forth the mechanisms thought to be responsible for sleep-induced hypoventilation and hypoxemia, and then discuss recent developments related to sleep-induced hypoventilation and hypoxemic syndromes reflecting a portion of the recently published second edition of The International Classification of Sleep Disorders: Diagnostic and Coding Manual (ICSD-2) [Table 1].

Sleep-induced hypoventilation is characterized by elevated levels of PaC02 while asleep, defined in the ICSD-2 as a level > 45 mm Hg or “disproportionately increased relative to levels during wakeful-ness.” Sleep-induced hypoxemia in the ICSD-2 is defined as “an Sp02 [oxyhemoglobin saturation] during sleep of < 90% for more than five minutes with a nadir of at least 85%” or “> 30% of total sleep time with an Sp02 of < 90%.” Other sources define these gas exchange conditions differently, and the literature is sufficiently controversial in this regard that space limitations prevent any detailed discussion. Nocturnal hypoventilation can be attributed to either decreased ventilatory drive (“won’t breathe”) or worsening mechanics (“can’t breathe”). Nocturnal hypoxemia follows due to the displacement of oxygen in the alveoli from rising carbon dioxide levels, as predicted by the alveolar air equation. Alternatively, arterial hypoxemia alone may be the product of worsening ventilation/perfusion mismatch with greater effective shunt.

Several studies have demonstrated a reduction in inspiratory muscle drive following sleep onset, independent of any changes in upper airway mechanics. At least part of this change is usually attributed to a state-dependent increase in the medullary “set point” for Pco2 of approximately 2 mm Hg. An older body of literature has documented reductions in the slope of ventilatory response to hypoxemia and hypercapnia that are profound during rapid eye movement (REM) sleep but more modest in non-REM (NREM) sleep; indeed, there may be no change at all in the ventilatory response to hypoxia during NREM in women. In this age of polypharmacy, the clinician must also be on the lookout for the use of respiratory depressant medications (opiates; benzodiazepines or other sedative medications that depress ventilatory drive) that can further exacerbate any sleep state-related depression of respiratory drive improved with medications of Canadian HealthCare Mall.

Recent work has focused on ventilatory instability at the transition between wakefulness and sleep. It appears that the apneic threshold (the PaC02 level below which ventilation ceases) exists only slightly below measured PaC02 during drowsiness but before sleep onset. A variety of factors can narrow the difference between the apneic threshold and PaC02 during this transition (termed CO2 reserve by Dempsey et al) and lead to an unstable breathing pattern. These include conditions that increase ventilatory responsiveness to CO2 in the domain between the apneic threshold and eupnea, including hypoxia or pulmonary vascular engorgement. 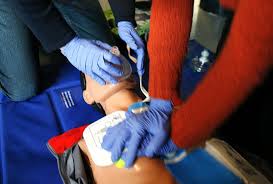 Another type of ventilatory control perturbation is common in REM sleep, particularly the phasic portion of REM. Sometimes called ataxic breathing or respiratory dysrhythmia, this phenomenon consists of shallow breathing, pauses in breathing, and/or irregularity of tidal volume and respiratory rate. Orem and coworkers’ demonstrated in cats that REM-related excitatory and inhibitory effects on individual ventral respiratory group neurons may be the underlying cause of the irregular breathing. Interestingly, Orem and coworkers maintain that ventilatory drive is generally increased in REM, and his group as well as others have demonstrated REM-related breakthrough of ventilatory effort during post-hyperventilation apnea in cats, or absence of an apneic threshold entirely during REM in dogs. However, the overall effect of this REM-related dysrhythmic breathing may be to reduce alveolar ventilation by altering minute ventilation or dead space/tidal volume ratio, or both.

Respiratory mechanics may change during sleep and thereby worsen gas exchange, particularly in obstructive airways disease or neuromuscular disease. REM sleep is accompanied by widespread skeletal muscle hypotonia. The diaphragm is spared; the accessory muscles of respiration (scalenes, inter-costals, sternomastoids, and muscles of the abdominal wall) are not. Gas exchange may be adversely affected if the individual requires the assistance of these muscles to maintain normal ventilation. Johnson and Remmers demonstrated this effect in six patients with COPD, wherein dropout of scalene and sternomastoid electromyographic activity during REM sleep coincided with decreases in chest wall excursion and oxyhemoglobin saturation.

REM sleep also appears to reduce functional residual capacity (FRC), probably due to the loss of accessory muscle tone and consequent alterations in chest wall movement. Since FRC also declines in normal individuals when assuming a reclining posi-tion, the combination may result in a decline in FRC to below closing capacity. When this occurs, dependent lung zones will remain unventilated during part of each tidal breath, effectively resulting in a shunt. It is questionable whether the degree of FRC change that occurs in normal individuals is sufficient to cause hypoxemia. However, this mechanism appears to be a bone fide mechanism for sleep-related hypoxemia in obstructive pulmonary disease (when closing capacity is already elevated due to pathologic narrowing of the small airways) and in obesity (which contributes an additional decrement in FRC that may well bring it to below closing capacity).

Upper airway patency during inspiration depends on a variety of muscles acting alone or in concert (eg, tensor palatini, genioglossus, geniohyoid). All of these skeletal muscles participate in the phenomenon of REM-related hypotonia. They are also known to become less active during NREM sleep compared to wakefulness, albeit to a more modest degree. This has been demonstrated indirectly by measurement of state-related increases in supraglottic resistance, as well as by electromyography of individual dilator muscles.

Finally, ventilation may be impaired by virtue of the postures adopted during sleep. The supine position, especially, burdens the inspiratory muscles of ventilation by imposing the weight of the abdominal contents as an additional load on these muscles. This is almost certainly apparent only when respiration is already compromised by disease, rather than in normal individuals.