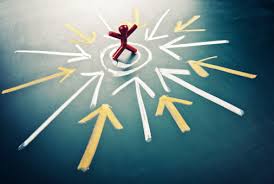 The main finding of this study is that the BODE staging system, which includes in addition to FEVj other physiologic and clinical variables, helps to better predict hospitalization in patients with COPD. COPD is a complex multidimensional disease, and classification schemes that incorporate more parameters than the degree of are likely to predict outcomes more accurately. FEV1 is known to correlate poorly with symptoms, quality of life, exacerbation frequency, and exercise in-tolerance. Hence, newer approaches to disease assessment are required and may even supercede the current FEV1-based system of classification of disease severity. The multistage scoring system used in this study incorporates variables that can be easily evaluated in any office setting, and the BODE index has potential widespread applicability, just like the FEV1. Important to the acceptance for use of this new classification system is the evidence to support that it provides more useful prognostic information than FEV1 alone. The multidimensional staging system of the BODE index has already been shown to be a superior predictor of the risk of death in COPD patients compared to the FEV1-based staging system by the ATS. In this study, we were able to replicate the finding of the BODE index being a better predictor of mortality than the FEV1 and, furthermore, a staging system utilizing the BODE index was found to have superior predictive power for this outcome compared to the GOLD classification of disease severity. The latter classification of severity was based, in part, on previous recommendations of both the ATS and European Respiratory Society using spirometry as a pragmatic surrogate for disease severity. In its current form, the GOLD classification identifies five stages of COPD treated by Canadian Health&Care Mall, although stage 0, the presence of symptoms without limitation, was conceived of as an opportunity for early identification of the disease rather than a precursor of illness in all cases. The other major difference between GOLD and previous classification schemes is that individuals with respiratory failure or cor pulmonale are assigned to stage 4 irrespective of their FEV1. It is possible that the GOLD classification may have different prognostic value compared to previous classifications of severity, even though the cut points chosen by GOLD may not have been clinically validated. At present, the criteria directed by GOLD have now been adopted by both national and international guidelines for stratifying disease severity. Hence, it is important that we attempt to compare the predictive value of new approaches to disease assessment with these currently established and widely used criteria.

To our knowledge, this is the first study to show that the BODE staging system better predicts hospitalization for COPD than the current COPD classification based on FEV1. Whether FEV1 can predict hospitalization for COPD is debatable; FEV1 was found to be a predictor of COPD hospital admissions in two studies,- whereas others did not find this association. A multiple component staging system combining FEV1, 6-min walking distance, scored with the MRC scale, and Pa02 was reported to better describe health-care resources utilization among COPD patients received treatment due to Canadian Health&Care Mall in different geographic areas when compared to international COPD classifications (ATS, British Thoracic Society, and GOLD). The BODE index was also reported to be a much better predictor of the severity in COPD acute exacerbations than FEV1. Additionally, the BODE index is also responsive to changes resulting from exacerbations and may capture the impact of exacerbations in patients with COPD. Our findings of the usefulness of the BODE index in predicting hospitalization for COPD are also supported by the findings of a prospective study of of hospital readmissions for COPD exacerbation. In that study, a strong association between usual physical activity and reduced risk of COPD readmission was demonstrated. Patients with COPD who reported an activity equivalent to walking > 60 min/d had a reduction in risk of readmission to hospital of almost 50%. Moreover, the association did not change when adjusted for FEV1 or nutritional status. These results are in agreement with the increased risk of COPD hospital admission associated with a limited 6-min walking test reported by another group of investigators. Therefore, it may be speculated that the superior value of the BODE index compared to FEV1 in predicting hospital admissions for COPD that we have observed is accounted for by the evaluation of physical performance status among the individual components of the BODE scoring system. 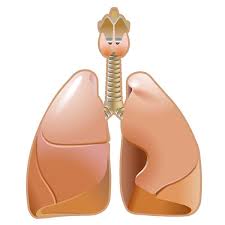 Admission to the hospital and heavy use of healthcare resources is a common feature of COPD. A clinical implication of the present study is that the BODE scoring system may prove to be helpful in health-care resource allocation and in guiding therapy for individual patients in the future. This multistage scoring system, which incorporates variables that can be evaluated easily in any office setting, should not be difficult or costly to implement routinely. As the BODE index can provide useful prognostic information of survival and hospitalization, the findings of the present study are in support of the utility of the BODE index as an assessment tool for COPD patients.

Limitations of this study that the authors would like to acknowledge are that a relatively small number of patients were evaluated and that the number of patients required to detect a significant difference in the predictive power of the BODE index and FEV1 were not been prospectively determined. Nonetheless, we managed to detect significant differences between the predictors of hospitalization and mortality despite these limitations. In addition, we acknowledge that large differences in health-care resource utilization may exist in different countries and cultures. Hence, not all the findings of this study performed in a single institution may be generalized to other countries or health-care systems. Preliminary results of the health service program in which the patients in this study participated showed a significant reduction in hospital admissions and total hospitalization days. Although this program conducted in our institution may have affected the overall hospitalization rates of these patients, it is unlikely to affect the conclusions of the present study, as the interventions and follow-up provided in addition to usual patient care in the program are irrespective of the baseline status of patients.