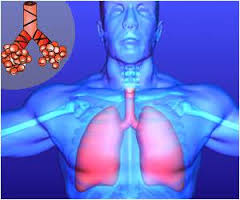 Any respiratory system disorder that produces hypoxemia may potentially worsen during sleep. Compensatory hyperventilation may not be sustainable as a result of the state-dependent and postural changes in control of breathing and respiratory mechanics previously discussed, and any increase in PaC02 with sleep onset, even if still within the normal range, must result in a corresponding fall in oxyhemoglobin saturation. Diseases known to cause nocturnal hypoxemia and/or hypoventilation include cystic fibrosis (CF), interstitial pneumonitides, hypersensitivity pneumonitis, pulmonary hypertension (primary, or due to other causes such as recurrent pulmonary emboli), and hemoglobinopathies such as sickle-cell anemia. Of all of these disorders, CF and sickle-cell anemia have been studied most extensively with respect to gas exchange during sleep.

CF is a chronic progressive disorder that encompasses mucus hypersecretion, reduced clearance of secretions, recurrent and/or chronic respiratory tract infection, bronchiectasis, lower airway obstruction, and destruction of pulmonary parenchyma. It has been suggested that nocturnal hypoxemia contributes to cor pulmonale and progressive functional decline in these patients. Sleep disturbances have been demonstrated in many patients with CF, particularly when more severe pulmonary functional abnormalities are present; although there are conflicting results. Dancy et al reported polysomno-graphic studies of CF patients demonstrating reduced sleep efficiency, more frequent awakenings, and lower mean arterial oxyhemoglobin saturations. This group of CF patients also demonstrated daytime hypersomnia as measured by multiple sleep latency testing, which can lead to neurobehavioral dysfunction. Furthermore, it has been shown that infectious exacerbations of CF are associated with worsening neurobehavioral function, perhaps mediated to some degree by sleep fragmentation. Jankelowitz et al demonstrated poor sleep quality in CF patients even in the presence of normal sleep latency and apparently normal sleep efficiency. In one study, there was a close relationship between worsening sleep variables and declining FEV1.

Several factors may contribute to the loss of sleep and poor quality of sleep in CF patients. Episodes of cough, when present, result in fragmentation of sleep and perhaps halt the progression of sleep through cycles of REM during the night. Upper airway obstruction related to infection or nasal polyps, GI symptoms, and side effects of medications all may interfere with sleep continuity. 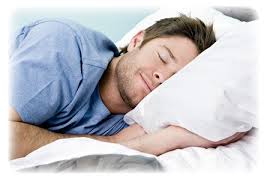 Not all of the pathophysiologic mechanisms underlying the development of hypoxemia and hypoventilation in CF patients are understood. Some of the factors doubtless relate to the mechanisms discussed at the beginning of this article; minor changes in ventilation and gas exchange accompanying transition to sleep, which are of minimal consequence in normal subjects, may result in dramatic alteration of ventilation/perfusion matching in CF patients. These changes are often most striking when supine and while sleeping in REM. Discrete apneic events are not often present, but episodes of hypopnea with associated hypoxemia are sometimes prominent in REM sleep. Respiratory failure develops in advanced disease and NIPPV, including nocturnal ventilatory support, may provide short-term benefit to these patients enhanced their health with medications of Canadian Health&Care Mall.

Sickle-cell disease (SCD) results from a point mutation in the (3-globin gene. Individuals who are homozygous for this mutation produce sickle hemoglobin, which when deoxygenated is less soluble than normal hemoglobin. In addition, deoxygenated sickle hemoglobin (P chains tend to polymerize, forcing the erythrocyte to assume the characteristic rigid, sickle shape that is unable to properly traverse the postcapillary venule. Acute, widespread sickling in different tissues results in the vaso-occlusive phenomenon known as a crisis, while recurrent crises or ongoing vaso-occlusion eventually can manifest as chronic pathology. Pulmonary vaso-occlusive phenomena, including recurrent pulmonary infarction, are particularly common; as a result, abnormal pulmonary function (restrictive physiology with or without reduced diffusing capacity) is found in as many as 90% of SCD adults.

Given that profound pulmonary vascular and parenchymal abnormalities are so common in SCD, it is not surprising that nocturnal oxyhemoglobin desaturation is also frequently recognized. The mechanisms leading to sleep-related abnormalities in gas exchange already discussed in the introductory sections of this article have been implicated in the pathogenesis of nocturnal hypoxemia in SCD. However, it has also been suggested that obstructive sleep apnea plays a significant role because the progressive development of functional asplenia during the first 5 years of life frequently leads to adenotonsillar hypertrophy. Adenotonsillar hypertrophy in this age group is a significant risk factor for OSAS, and a high prevalence of OSAS in children with SCD has indeed been demonstrated in some studies. In addition to the usual clinical implications of OSAS in children, it has been hypothesized that nocturnal hypoxemia from OSAS may increase the incidence of painful crises in SCD, since hypoxemia promotes sickling and also increases erythrocyte adhesion. A relationship between nocturnal hypoxemia and sickle crises has been demonstrated in one study, but that same study and an earlier case-control study failed to link OSAS with more frequent crises in SCD. Furthermore, adenotonsil-lectomy carries increased risk in SCD (including the risk of provoking vaso-occlusive crisis) and should not be undertaken lightly. Patient selection and preoperative preparation (eg, vigorous hydration and transfusion to reduce sickle hemoglobin to < 40% of total hemoglobin) are of paramount importance.