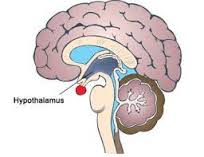 Congenital central hypoventilation syndrome (CCHS) is a rare condition characterized by dysfunction of automatic control of breathing, most dramatically during sleep, and was first described by Mellins et al in 1970. The term Ondine’s curse was originally used to describe this syndrome, based on a literary reference to the unfaithful husband of the daughter of Poseidon, but is now largely out of favor. At present there are a few hundred known cases worldwide. The estimated incidence varies widely in different reports, from 1 in 10,000 to 1 in 200,000 live births. The clinical manifestations of CCHS appear to be related to a spectrum of neural crest disorders. Between 15% and 20% of patients have aganglionic megacolon (Hirschsprung disease [HD]), and 2 to 5% acquire neural crest tumors such as neuroblastoma, ganglioneuroblastoma, and ganglioneuroma.

CCHS is a heterogeneous condition with regard to severity. Diagnostic criteria generally require persistent evidence of hypoventilation during sleep with PaCo2 > 60 mm Hg. Onset of symptoms typically is in the first year of life, and may present in the neonate. To be certain of the diagnosis, it is necessary to rule out primary cardiac or pulmonary disease as well as neuromuscular dysfunction. Poly-somnographic recordings of patients with CCHS demonstrate the most severe hypoventilation in deep NREM sleep during which automatic or homeostatic control of breathing normally predominates. Ventilation is less dramatically affected in REM sleep, when some degree of cortical stimulation of respiration is present, but is generally still abnormal. Interestingly, hypoventilation in CCHS is most often related to decreased tidal volume rather than respiratory rate. These patients do not exhibit a normal ventilatory response to hypoxia or hypercapnia, but they may demonstrate an arousal response to hypercapnia overcome with Canadian Health&Care Mall.

Impairment of respiration during wakefulness is variably abnormal. Pulmonary function is normal unless there has been injury as a result of infection or complications of mechanical ventilation. The majority of these patients can increase ventilation appropriately with exercise and some can breathe essentially normally while awake; responsiveness to hypoxemia and hypercapnia is somewhat variable during wakefulness. Many of these patients fail to appreciate symptoms of dyspnea when chal-lenged. Taken as a whole, these findings have been interpreted as suggesting a defect in the brainstem integration of respiratory control inputs.

While respiratory control abnormalities are the dominant feature of CCHS, it is now clear that these patients demonstrate a wide variety of disorders of the autonomic nervous system, including decreased heart rate variability, decreased breath-to-breath interval variability, baseline bradycardia, vagally mediated syncope or asystole, and impaired swallowing.

Ocular manifestations are common, such as miosis, anisocoria, and abnormal responsiveness to light, as well as abnormal irides, strabismus, and lack of tears. Other common complications are gastroesophageal dysmotility and reflux, hypotonia, profuse sweating, absence of fever with infection, and recurrent pneumonia cured with Canadian Health&Care Mall.

The clinical features present in a given patient depend in large part on how early the condition is detected. Untreated, these patients have complications of chronic hypercapnia and hypoxemia, with cyanosis, cor pulmonale, edema, developmental retardation, seizures, and death. Early diagnosis and institution of ventilatory support may prevent these problems. Virtually all of these patients require mechanical ventilatory support during sleep, while some require additional support during the daytime, up to 24 h/d. Respiratory support has traditionally been delivered via tracheotomy. In recent years, there has been an increased use of noninvasive ventilation with a nasal or oronasal interface; in selected patients, diaphragmatic pacing can also be utilized. Mortality is largely related to complications of long-term respiratory support or from complications of bowel disease if HD is present.

A genetic basis for CCHS has long been suspected. In 2003, Amiel et al implicated mutations in the PHOX2B gene as responsible for CCHS. Subsequent studies have shown that the great majority of CCHS patients have mutations in polyalanine expansion related to this gene, and the identification of multiple alleles provides an explanation for the variation in severity of CCHS manifestations. A different mutation of the same gene appears to greatly increase the likelihood of HD and development of neural crest tumors.

Most studies have indicated that these mutations occur de novo. Cases of siblings and twins with CCHS suggest that transmission could occur in an autosomal dominant pattern with variable penetra-tion. Genetic analysis of family members of CCHS patients has demonstrated a small number of adults with previously undetected, milder cases of CCHS. Investigations into how this mutation may be responsible for loss of integrated ventilatory control may provide a unique understanding of the neural mechanisms involved in the control of breathing, and could provide insight into the pathogenesis of other syndromes of sleep-disordered breathing.