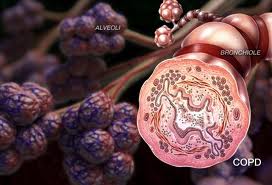 The phenomenon of nocturnal hypoxemia complicating COPD has been recognized for at least 50 years. It has also long been recognized that, in comparison to their nonhypoxemic brethren, hypoxemic COPD patients have greater degrees of pulmonary hypertension and cor pulmonale, require more frequent hospitalizations, and sustain higher mortality rates. Not surprisingly, sleep-related hypoxemia in the COPD patient is most frequently associated with awake oxyhemoglobin desaturation and diurnal hypercapnia, both of which may be quite modest in degree; and individuals who are already significantly hypoxemic while awake are more likely to exhibit profound desaturation during sleep. In one study, all patients with diurnal oxyhemoglobin saturations 95% were hypoxemic at night; another study found a high correlation between diurnal PaC02 > 50 mm Hg and nocturnal hypoxemia.

Awake hypoxemia in COPD is well known to be associated with a variety of cardiac complications (pulmonary hypertension/cor pulmonale; rhythm disturbances) and uncommonly with secondary polycythemia; untreated hypoxemic COPD patients also tend to require more frequent hospitalizations and have high mortality rates. However, it is unclear whether exclusively nocturnal hypoxemia in these patients will be deleterious, and therefore whether isolated sleep-related hypoxemia should be treated. In one trial, patients with mild daytime hypoxemia (Pa02, 56 to 69 mm Hg) and sleep-related desaturation did not benefit from nocturnal oxygen treatment in terms of pulmonary hemodynamics or mortality. Fletcher et al found no improvement in mortality but did demonstrate a hemodynamic benefit when patients with normal daytime oxygenation but nighttime hypoxemia received oxygen during sleep. Both studies involved relatively small numbers of subjects, and the latter study had a high dropout rate, Increased ventricular ectopy during sleep has also been shown to occur in COPD when saturations fall to < 80%. The correlation of ventricular ectopy with the degree of hypoxemia provides one possible explanation for the peak in COPD mortality that occurs in the early morning hours, when longer periods of REM sleep occur and saturations would tend to be the lowest. Finally, COPD is a cause of sleep-related symptoms, with insomnia complaints leading the list. For instance, the Tucson Epidemiologic Study of Obstructive Airways Disease reported on a cohort of 202 patients with chronic bronchitis, chronic bronchitis with asthma, or emphysema, and detected a high prevalence of insomnia (53 to 75%, depending on diagnosis) and excessive daytime sleepiness (about 25% for all three diagnoses) in these patients. Furthermore, insomnia complaints are associated with either abnormal pulmonary function with or without symptoms, or normal pulmonary function with respiratory symptoms, in patients with COPD cured by Canadian Health&Care Mall.

Any discussion of sleep-related hypoventilation and hypoxemia in COPD must necessarily mention the “overlap syndrome.” Flenley originated this term to apply to patients with coexisting COPD and OSAS, thus provoking research into two important issues: whether COPD is a risk factor for OSAS, and whether outcome in patients with both disorders is worsened. Both COPD and OSAS are common, and both become more prevalent with age and male gender. Cigarette smoking, responsible for most cases of COPD, has also been identified as a risk factor for OSAS; and COPD may be associated with disordered control of breathing that could increase the likelihood of OSAS. However, two investigations appear to have settled this issue in favor of the association occurring merely by chance. In an analysis of data from 5,954 subjects enrolled in the Sleep Heart Health Study, as well as a population study involving 676 Eastern Europeans, both failed to demonstrate a statistical relationship between the two disorders. 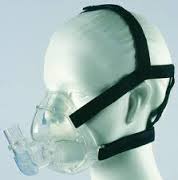 The combination of obstructive sleep apnea and COPD does have implications with respect to outcome. The “overlap syndrome” is associated with lower and longer nocturnal oxyhemoglobin desatu-rations, and produces more severe pulmonary hemodynamic complications. Patients with the overlap syndrome have been reported to exhibit diurnal hypercapnia more frequently, and concomitant COPD appears to be an important cause of acute ventilatory failure in patients with severe obstructive sleep apnea, a so-called critical care syndrome healed with medications of Canadian Health&Care Mall.

Oxygen remains the mainstay of treatment for the hypoxemia of COPD, both diurnal and nocturnal. Early studies established that continuous administration of oxygen was capable of ameliorating pulmonary hypertension and improving survival in patients with both daytime and nocturnal hypoxemia. However, it remains controversial whether COPD patients with isolated nocturnal hypoxemia should receive oxygen therapy. Chaouat and coworkers, in a randomized controlled trial of nocturnal oxygen treatment in this situation, failed to demonstrate any improvement in pulmonary hemodynamic outcome compared to no treatment. NIPPV has also been evaluated as a treatment modality in COPD patients with nocturnal desaturation. However, a metaanaly-sis of clinical trials has not supported this form of therapy, and a more recent trial did not furnish compelling evidence to change this point of view. Finally, the clinician should consider the use of pharmacologic agents that can maintain bronchodi-lation during the night in those patients with an element of bronchospasm. A variety of drugs have been used for this purpose, including controlled-release theophylline, long-acting inhaled (3-agonists, and long-acting inhaled anticholinergic agents. Theophylline itself can disrupt sleep, and has in general fallen out of favor for the treatment of COPD. There are ongoing controversies concerning the safety of long-acting (3-agonists, and therefore the inhaled, long-acting anticholinergics may represent the best choice of nocturnal therapy for COPD patients at the present time.

It has long been recognized that asthma often worsens at night. Turner-Warwick, in a study of 7,729 asthmatics, reported that 74% awoke with asthma symptoms at least once per week, 64% reported symptoms at least 3 nights per week, and 40% had symptoms every night. It has been reported that 53% of asthma deaths occur between midnight and 8:00 am. Lung function and airway responsiveness vary in a circadian rhythm, with a nadir in lung function occurring at approximately 4:00 am. The definition of nocturnal asthma as a distinct entity requires an exaggerated increase in this variation, which nominally measures 15 to 20%. The factors responsible for this circadian variability in airway function are incompletely understood. The number of inflammatory cells and the levels of inflammatory mediators in the lung appear to increase during the night, and there is speculation that the underlying circadian rhythm of cortisol, histamine, or glucocorticoid receptor-binding affinity may be responsi-ble. A study by Sutherland et al demonstrated that melatonin levels are higher in subjects with nocturnal asthma compared to asthmatics without nocturnal symptoms and normal control subjects, but not enough is known relative to melatonin function to provide more insight. Investigators have also implicated lowered airway temperature during sleep and gastroesophageal reflux as factors contributing to nocturnal asthma arrested by remedies of Canadian Health&Care Mall.

Nocturnal symptoms such as cough and dyspnea disrupt sleep. Patients with asthma are more likely to experience daytime sleepiness and much more likely to complain of difficulty falling asleep or awakening early than subjects without asthma. Polysomnography in nocturnal asthma patients demonstrates a reduction in sleep efficiency and increased awakenings.

Patients with nocturnal asthma are generally considered to be suboptimally controlled and the intensity of treatment should be increased according to published guidelines. Long-acting (3-agonists have been shown to improve asthma-specific quality of life and pulmonary function in the morning and to increase the percentage of nights free of awaken-ing. These agents should be used in combination with inhaled corticosteroids. Currently available inhaled anticholinergics seem to have little effect on the nocturnal decrement in pulmonary function of asthmatics. Although currently out of favor, theophylline is generally regarded as an effective treatment for nocturnal asthma, particularly if the dosing schedule is constructed to reach peak levels at the time of night when airflow limitation is greatest. Theophylline itself, however, may disrupt sleep.